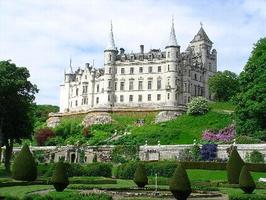 Our popular Dunrobin Castle Tour allows you to pack a whole lot of Scotland in to 6-8 hours; beautiful scenery, a fairytale castle, a fantastic falconry display, one of Scotland's finest single malt distilleries and historical facts and landmarks from throughout the ages.

Your tour will depart from Invergordon’s Cruise Liner Port as close to 8am as possible, taking in the beautiful scenery of the Scottish Highlands on a magical journey you will remember long after you leave Scotland. Naturally you will be able to stop for numerous picture opportunities and we will return to Invergordon's cruise liner port in plenty time to board your ship.
﻿TOUR HIGHLIGHTS﻿ 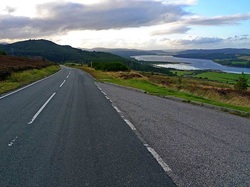 Affectionately known to the local community as "Millionaire's View" this viewpoint offers stunning 360 degree views including the Dornoch Firth, Dornoch Bridge and a number of Scotland's biggest mountains.

There will be plenty time to soak up the tranquility and take pictures at this truly breathtaking place. 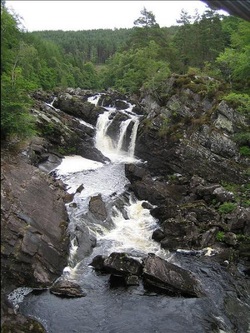 Carved from the great glaciers of the last Ice Age are the Falls of Shin, a breathtaking natural salmon leap set in the heart of the Scottish highlands.

Its mighty currents force the icy waters over ancient riverbeds creating the perfect habitat for freshwater fish such as the graceful Atlantic Salmon . Visit the Falls of Shin and see if you can catch sight of the salmon, leaping upstream to the calmer waters of their birthplace, Loch Shin, to spawn future generations.

Falls of Shin is recognised as being one of the best places in all of Scotland to watch leaping Atlantic Salmon, and the fish can be seen any time between May and November, with the late summer months making this almost guaranteed. 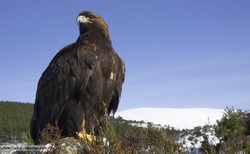 DUNROBIN CASTLE
"Dunrobin Castle is the nearest Scotland comes to fairytale architecture and laid out below it, between the foot of the bluff and the sea, are extensive formal gardens. Dunrobin Castle is home to superb falconry displays through the season, featuring golden eagles and peregrine falcons (both resident the Scottish Highlands) and more exotic species including the South American Chilean Blue Eagle and European Eagle owl. Dunrobin Castle Museum, is another must see attraction at Dunrobin Castle"
Undiscovered Scotland: The Ultimate Online Guide

CLYNELISH DISTILLERY
Clynelish Distillery is a distillery near Brora, Sutherland in the Highlands of Scotland. It was built in 1968, adjacent to the original Clynelish distillery which was closed. Confusingly the original distillery was reopened in May 1969 as and until July 1973, produced a heavily-peated whisky to supply for blending; this was done to cover a shortage of Islay whisky caused by a drought on the island. The old distillery was renamed Brora Distillery and production of a peated spirit continued up until 1983.

Clynelish has had a strong connection with Johnnie Walker blended whisky for many years. A large proportion of the spirit used in Johnnie Walker Gold Label Reserve comes from this distillery.

The Royal Burgh of Dornoch 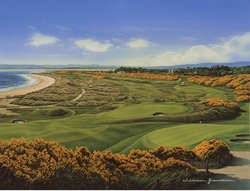 THE ROYAL BURGH OF DORNOCH
"The Royal Burgh of Dornoch is an historic town on the edge of the Dornoch Firth, a designated National Scenic Area in the Highlands of Scotland. Its tranquil location, scenery and climate have attracted visitors for decades." Dornoch's 13th century distillery is particularly popular as is the old jail which has been turned in to a shop selling locally produced handmade items, clothing and artworks. The beach is also very popular and a great place to enjoy some of the delicious local ice cream. 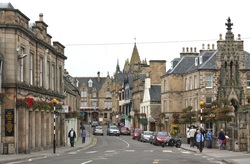 TAIN
"Tain was granted its first royal charter in 1066, making Tain Scotland's oldest Royal Burgh,[citation needed] an event commemorated in 1966 with the opening of the Rose Garden by Her Majesty Queen Elizabeth, the Queen Mother. The 1066 charter, granted by King Malcolm III, confirmed Tain both as a sanctuary, where people could claim the protection of the church, and an "immunity", whose resident merchants and traders were exempt from certain types of taxes."

en.wikipedia.org
Contact Gavin at Invergordon Tours now to start planning your adventure in the Highlands of Scotland.